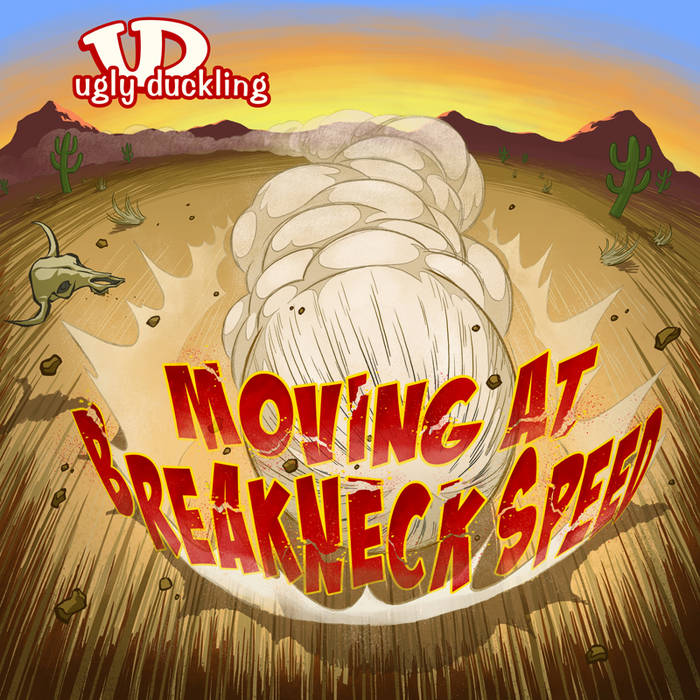 the8thwonder Brilliant wordplay and production - classic UD! The use of "Soul Town" on "How It Used To Be" made me happy - I appreciate the use of relatively obscure samples. Favorite track: How It Used To Be.

Richard Light fun rap and beat. A lot of the songs from UG tell a story without taking away from being a complete song. Great to listen to in the car on a sunny day Favorite track: $100 Weekend.

toodamnninja Another great concept album from yudee... Ugly Duckling are like the storytelling J5.
Difficult to choose one track as my favourite, i'm going to go with Momentum 'cos it really sets the pace for the whole album. Favorite track: Momentum.

This is a download copy of the album. To purchase the album on CD please visit the merch section.

Ugly Duckling is a hip hop group from Long Beach, California. Formed in 1993, the group has released five full length albums in addition to their debut EP, Fresh Mode, which was released in 1999. Celebrating the classic style of hip hop, MC's Andy Cooper and Dizzy Dustin rocks shows all over the world with the help of their DJ, Young Einstein. ... more

Bandcamp Daily  your guide to the world of Bandcamp